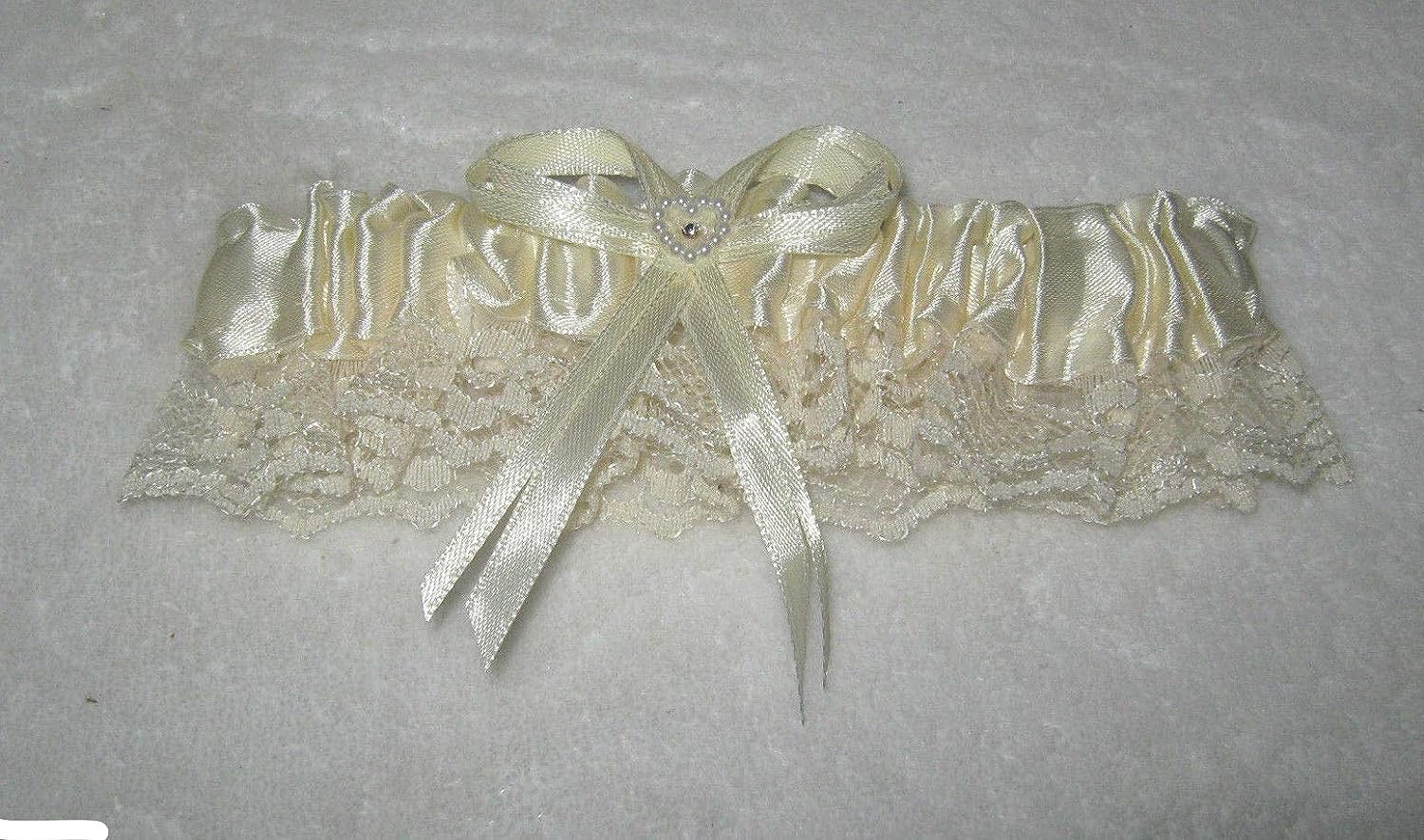 You are Viewing Brand New Ivory Satin and Lace Garter. Ivory Satin on Top and Ivory Lace on Bottom with Bow and Ribbons.